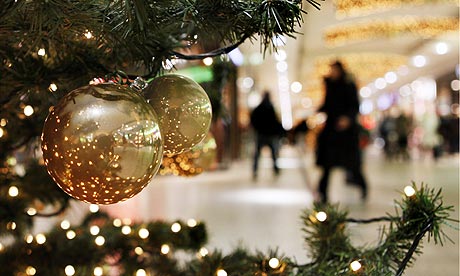 Shop-owners have reported an increase in customer traffic until Christmas Eve, but a drop in the volume of sales especially in the major Greek cities. It has been estimated that Christmas holiday turnover will reach 6.8 billion euros, which is 800 million less than last year and a 70% reduction in comparison to 2008 when turnover reached 21.9 billion euros.
One of the main reasons for the drop in sales this year was the cutting of the Christmas bonus for civil servants and pensioners. In addition, most Greeks are planning to do their shopping during the winter sales which will last from January 13 to February 28.
Meanwhile, the Association of Retail Sales Enterprises of Greece (SELPE) has requested that its members are allowed to open their stores on Sunday, December 29. Minister of Development, Costis Hatzidakis was interviewed by SKAI Radio and said that “there is no place in the world where stores are closed on December 29. However the commerce unions in Athens have decided to remain closed.” He continued, “I hope everyone realizes that Athanasios Skordas, the Deputy Minister of Development and I, were correct to propose the opening of stores on 52 Sundays per year. Unfortunately our position was not voted on in Parliament.” However, regional authorities will decide if stores should open on more Sundays, apart from the seven per year as required by law.
According to the Athens Tradesmen Association and the City of Athens, even though shops will be closed on Sunday, December 29, they will be open until 11 pm on Saturday in an event called “White Night.”