GRNews
GreekReporter.comEuropeGerman Agencies: "Greece is Not Suitable For European Presidency"

German Agencies: “Greece is Not Suitable For European Presidency” 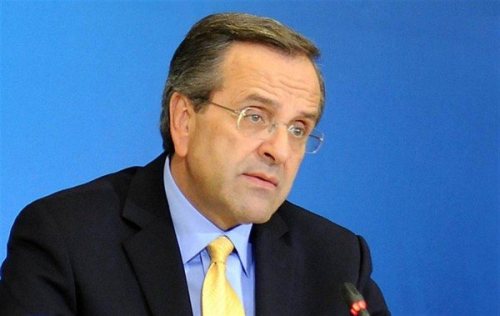 In a few days, Greece will assume the six-month rotating presidency of the EU and German media openly doubt Greece’s capability to effectively handle all the European challenges that lay ahead. Despite the fact that the Greek Prime Minister, Antonis Samaras, appears reassuring towards Greece’s economic recovery, many German agencies are at least skeptical for the assumption of the European Presidency by a country in a memorandum that has avoided bankruptcy after receiving loans of billions of euros. Among other agencies, Deutsche Welle wonders how a country that is at the centre of the European economic crises could find solutions in serious European matters while simultaneously struggling to be relieved of the unbearable debt.

“For a period of six months we want to become honest mediators and forget our national interests,” underlined the Greek deputy minister of Foreign Affairs, Dimitris Kourkoulas, and his team. He and his team are tasked with the preparations of the Greek Presidency in order for the country to cope with the European demands when the country takes the reins of the European Union.

“The problematic child of the eurozone must prove that the worst is over for the country itself and the monetary union in general,” German Weser Kurier commented, according to Deutsche Welle.

“The positive message is that the course is in the right direction, but pessimists see the situation differently and wonder why Greece spends 50 million euros for the Presidency when troika finds a fiscal gap and calls for additional measures,” it adds and expresses its doubts about whether Greece will be able to accomplish the Herculean task of the Presidency and handle sensitive issues effectively, such as the banking union and halting a great victory of the Eurosceptics in the upcoming European elections.

A Mittelbayerische Zeitung’s analyst also highlights how difficult the task of Greece’s presidency is, as the situation in Europe is critical and answers must be given in a series of problems that many European countries have been facing for a long time now. The newspaper also strongly criticizes the optimism of the Greek Prime Minister. An optimism that is not based on stable ground. In particular, the newspaper says that “Apparently, hope in Athens is the last to die. The Greek Prime Minister paints rosy prospects for the future with prophecies of slight recovery despite the difficult situation in which he finds himself in. If the reassuring predictions of the Greek PM, Antonis Samaras, are based on facts and that the positive development in the Greek economy and society is a reality and not a targeted propaganda, it will be shown during 2014. The country which is still afloat thanks to loans of 240 billion euros, is still in deep crisis.”