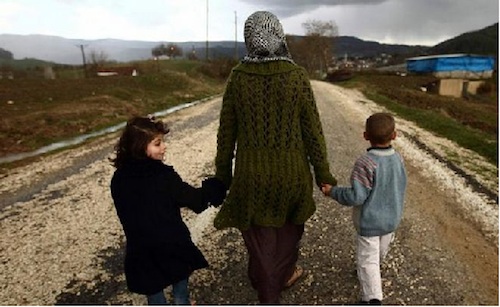 Approximately 150 Syrian refugees who turned up in the north-eastern Greek village of Praggi have apparently “disappeared” after being taken away by police.
The immigrants, who were believed to have snuck into Greece across the Turkish border, have not been seen or heard from since the Greek authorities took them away. While many believe that they may have been extradited to Turkey, the lack of any documentation of process has drawn criticism from activists, lawyers, human rights groups, opposition MPs, immigration experts and international officials.
Ketty Kehayioylou from the UN refugee agency, UNHCR, told “The Guardian” “No one was ever registered at the First Reception Centre as foreseen by national law and we’ve demanded an investigation.”
Immigrants, who often flee to Greece from the Middle-East by trekking across Turkey, or making the dangerous journey across the Mediterranean Sea from North Africa, have been on the receiving end of an increasing number of abuses in Greece by both far-right supporters and the authorities.

A seven-year-old boy died after a fire broke out at a migrant camp in Thebes, northwest of Athens, late on Tuesday. The child's nationality was not released.
Charity