GRNews
GreekReporter.comEuropeMerkel: 'If Greece Quits Euro, All EU countries Will'

Merkel: ‘If Greece Quits Euro, All EU countries Will’ 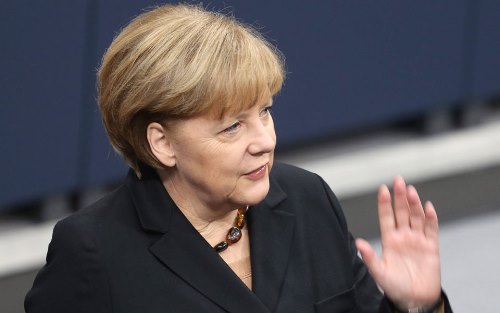 According to French newspaper Le Monde, German Chancellor Angela Merkel reported at the summit on December 19 that if Greece quits the euro, then all members of the monetary union would follow the same path.

The French newspaper, invoking conversations of the European leaders during the summit, reported that the German Chancellor, in talking about Greece and future decisions, allegedly said, “‘We talked about whether Greece should quit the euro and I think that if this had happened, then we should all give up.”

According to Le Monde, Merkel reportedly said that as long as she is the Chancellor of Germany, she will provide help to people all around the world. However she warned that it might not be possible to continue these practices because of the reaction of the German people.

Merkel is the most powerful woman of the of the 27-member European Union. She has served as a Chancellor of Germany since 2005 and she was re-elected in September 2013. The majority of Germans support the policy of the Chancellor and the government, however they disagree with the financial help that Germany provides to economically weak EU countries.