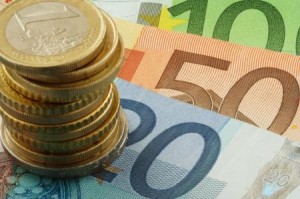 Although Greece is anxiously seeking revenue, billions of euros binded by the judicial authorities for cases of state corruption and economic crime that could boost Greek economy remain away from the state coffers as there are no settings on the criminal conciliation.
According to the newspaper Kathimerini, the estimated amount that the Greek state loses exceeds 2.5 billion euros. As reported, the Greek state could gain money from major cases of tax evasion, like the Energa-Hellas Power and Proton Bank case.
It is estimated that the Greek state could immediately liquidate 1.5 billion euros from the bank accounts or the safety deposit boxes of suspects for economic crimes whose trials are pending. Of course, in case of acquittal of the defendants, these amounts will be returned to the beneficiaires.
According to the article, 110 high-value properties, binded by the judicial authorities, in the major cases of Tsochatzopoulos and Karouzos, remain unexploited. These cases are classified within a legal regime that doesn’t enable their exploitation or their clearance.
The Greek state is promoting new regulations that give strong incentives to the persecuted for economic crimes. They can return money to the state and receive a favorable treatment. In some cases, the offenses can be changed to misdemeanors.
These regulations that are an initiative of the Minister of Justice, Charalambos Athanassiou, are applied in other EU countries as well as in the U.S., with great benefits to the fight against tax evasion.