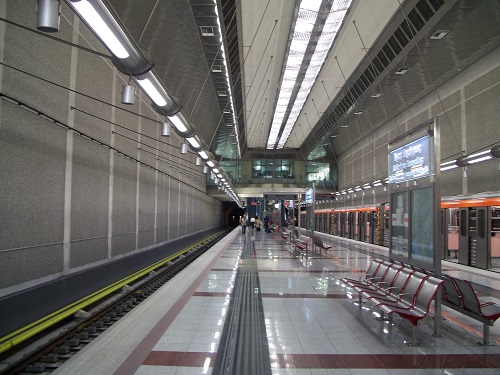 The Hellenic Data Protection Authority (HDPA) has refused to allow the installation of CCTV systems for the protection of passenger in subway train carriages. HDPA is remaining true to its principle that, “The protection of personal data and privacy of individuals constitutes a fundamental human right. Data protection law grants data subjects, individuals, certain rights and imposes responsibilities on data controllers, those who store and process personal information.”
HDPA reported that STASY, the authority in charge of public transport in Greece, made a request to install four cameras in each train carriage. They went on to say though that STASY had been unable to justify the necessity of these cameras.
Furthermore, HDPA said they would prefer it if more use was made of Special Police Forces to ensure the safety of the travelling public. They also stressed that cameras have been installed in all subway stations in Athens.
This request is not totally unreasonable considering that in cities like New York and London, there are cameras installed in all manner of transport systems, subway, train, bus and taxi.  Whether these prevent crimes, simply record them, or encroach even further on the lives of citizens is still open to debate.