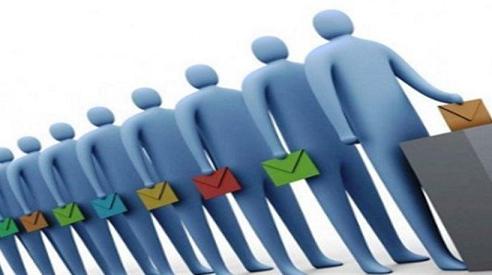 Prime Minister Antonis Samaras’ New Democracy Conservatives are slipping further behind the major opposition Coalition of the Radical Left (SYRIZA) party which built a 2.5 percent lead in a poll which had even worse news for the coalition government partner, the PASOK Socialists, who are floundering with 5 percent support.
SYRIZA opposes the austerity measures that have come with two bailouts of $325 billion from the Troika of the European Union-International Monetary Fund-European Central Bank (EU-IMF-ECB) but hasn’t offered any alternative. Still, the drumbeat of opposing the onslaught of pay cuts, tax hikes and slashed pensions is resonating with voters even though Samaras said the conditions were necessary for the economy to recover.
Voters in growing numbers aren’t accepting Samaras’ plea they be patient and opposition to pay cuts, tax hikes, slashed pensions, and public firings have ramped up opposition to the coalition government of his party and their partner, the PASOK Socialists.
That was before a vote on whether to spread taxes to other sectors, such as farmers, and let banks begin foreclosing on the homes of people who can’t pay their mortgages because of austerity measures the government imposed on the orders of the Troika.
An opinion poll published by Efimerida ton Syntakton gave SYRIZA a 2.5 percentage point lead over New Democracy. Previous polls have seen the parties trading the lead but this gap was the biggest difference between them all year.
SYRIZA leader Alexis Tsipras has been sniping constantly at Samaras, saying he is a lackey for the Troika. Tsipras said he wants to renege on paying the loans but hasn’t proposed any plans to keep the economy from collapsing.
The poll by Pulse put the opposition party on 22.5 percent and the conservatives on 20 percent. The ultra-far right Golden Dawn extremists remained third with 11.5 percent, rebounding fast after falling hard in the wake of the murder of an anti-fascist for which one of its followers was arrested. The crime led Samaras to order a crackdown on the party and its leaders were arrested on charges of running a criminal gang.
PASOK, a once dominant party that got 44 percent of the vote in winning the 2009 elections, has fallen to 5 percent, tied with the KKE Communists and would otherwise be irrelevant if the Socialist leader, Evangelos Venizelos, hadn’t agreed to give Samaras his votes in Parliament, for which he was named Deputy Premier/Foreign Minister.
Independent Greeks is next with 4.5 percent, while Democratic Left (DIMAR), which briefly served in the coalition before leaving in objection to the firing of all 2,653 workers at the former national broadcaster ERT – a move backed by Venizelos – is paying the price, with only 3 percent of the vote, the threshold for entering Parliament.
Significantly, a clear majority of Greeks believe that SYRIZA will win the next elections, according to the Pulse survey. Just under half of respondents (47 percent) think the leftists will be victorious, compared to 33 percent who believe New Democracy will come out on top.