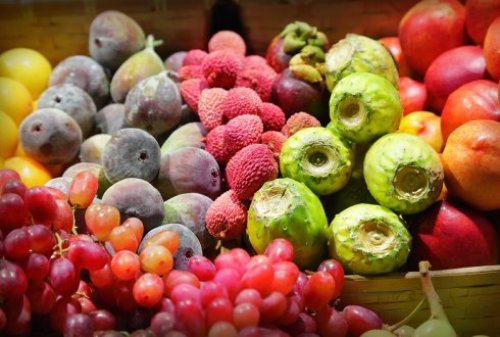 A survey, entitled the Seven Countries Study was presented December 5th by Professor Daan Kromhout of the Wageningen University at a United Nations symposium in New York. The study lasted for 50 years (1960-2010), and showed that men from the Greek island of Crete live six years longer than their peers of Zupthen in Netherlands.

According to this study, the average life expectancy in Crete is 82 years whereas in Zutphen it is 76 years. The longer lifespan of men in Crete was associated with both the traditional Cretan diet, as well as with a longer telomere length. Telomeres are protein structures that protect chromosomes (carriers of the genetic material in a cell) against degradation.

As far as the dietary pattern is concerned, the two groups seemed to have little similarities regarding their eating habits. The traditional diet of Crete in 1960 – rich in olive oil – consisted of mostly plant-based foods, dark fibre breads, fruits, vegetables and legumes. However, the diet had a moderate intake of fish and only small amounts of meat and dairy product. The traditional Cretan diet was followed by moderate wine consumption and a high level of physical activity leading to a low risk of death from myocardial infarction and high life expectancy.

On the other hand, the diet in Zutphen during the first 4 decades of the research was characterized by a low consumption of fruit, vegetables and legumes as well as by a high intake of animal-based food –  meat and dairy products — and margarine made with saturated fat. By 2000, the Zutphen men’s diet had slightly changed. There was an increase in the intake of fruit and vegetables as well as in meat. Although the dairy products consumption remained unchanged, the wine consumption rose dramatically. In conclusion, the diet of the Zutphen men came closer to the one of their Cretan peers.