Olympiakos Hit with Partial Closure of Stadium Against Man United 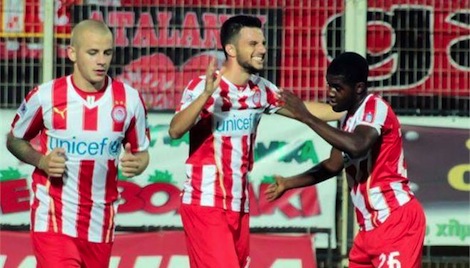 Manchester United will play their Champions League clash with Olympiakos at a partially closed stadium after the Greek club were punished by Uefa because of racist behavior by their fans.
Olympiakos will have to close the lower tier of the north stand of their stadium in their second round, first leg, match against United on February 25, which could well hand a slight advantage to the visitors.
The club were also fined 30,000 euros, over what UEFA described as ‘the racist conduct of supporters, insufficient organization, the setting-off of fireworks and the use of a laser’ during last week’s clash with Anderlecht, which the Greeks won 3-1.
(source: metro.uk)