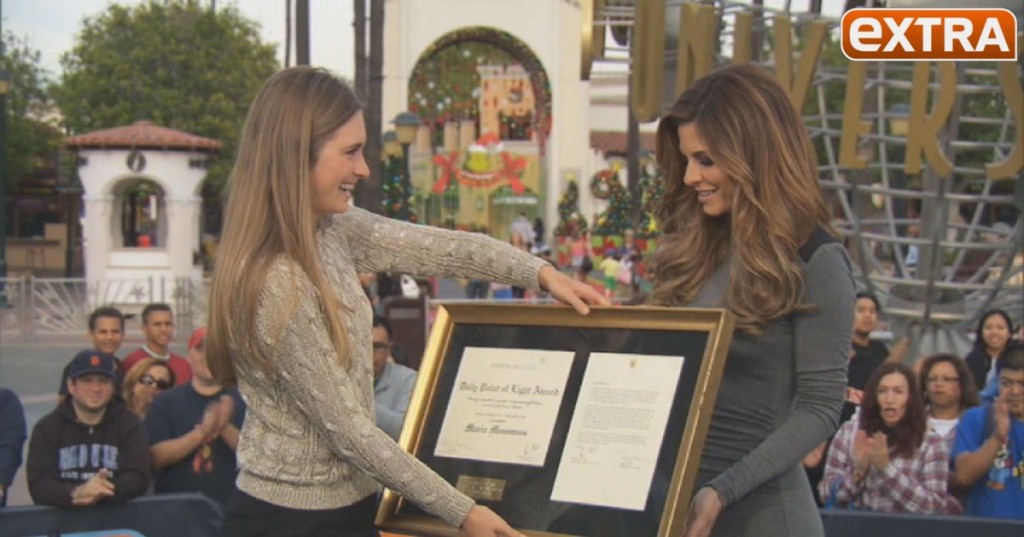 “Extra” TV host Maria Menounos was honored with the Point of Light Award for her volunteer service over the years.

The award was given to the Greek-American television personality for bringing stars, producers and others from the entertainment industry together to help those in need. Her foundation, Take Action Hollywood!, whose mission is to utilize the power of the entertainment industry as well as the medium of production to educate, empower and raise social awareness, was also honored. Chase and Points of Light, the world’s largest organization dedicated to volunteer service, created the Daily Point of Light Award during the administration of President George H. W. Bush. His niece, Lauren, visited Menounos on the “Extra” set last week to present the award.

Since founding Take Action Hollywood!, Menounos and other entertainment industry professionals have volunteered their time to help with HIV/AIDS awareness, prevention of diabetes and childhood obesity, and educating the public about subjects such as racial segregation, autism and pet overpopulation.

Menounos has also spoken at Capitol Hill on behalf of the Entertainment Industry Foundation’s Diabetes Aware campaign. Hitting close to home, her father is a type 1 diabetic, and Menounos spoke to Congress members on getting the government involved in diabetes awareness, prevention and education.

For more on Points of Light and Menounos’ volunteer work, visit PointsofLight.org.