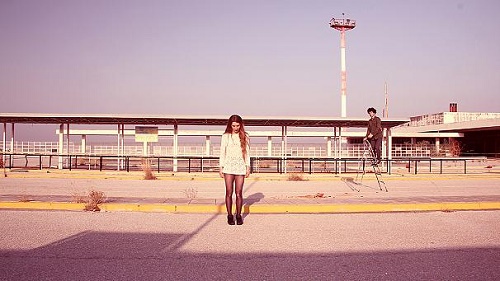 The first group, named Prosxima was awarded in Algeria. Their show entitled [act] 21-mneme was presented in the 5th International Festival of Contemporary Dance in Algeria, that took place from the 15th to 22nd of November after an invitation from the Greek Embassy. The show was performed on the 20th of November at the Théâtre National Algérien (TNA).

The [act] 21-mneme won the 2nd Prize and was invited to participate once more in the next festival with a new production. The first award was given to China and the third to the UK and Algeria. The event also featured teams from Syria, Lebanon, Czech Republic, Italy, France, Austria, Argentina, Côte d’Ivoire, Egypt and the USA.

Exploring the concept of memory, Maria Koliopoulou proposed a reciprocating trip in physical memory. Immersing the audience in a world of imaginary reality, three women reveal different aspects of memory as they leave their bodies to tell their own stories through their actions.

The second group, named Inside Noise received the best performance award during the In Shadow-International Video Festival in Lisbon, Portugal on the 6th of December, for their videodance “Sans Attente.”

The “Sans Attente” videodance premiered in 2012 in the Athens Video Dance Project. It was then presented in the 2013 Video Art Festival Miden in Kalamata and in the 2013 Loikka Dance Film Festival in Helsinki, Finland. The project deals with the emotional fulfillment that comes with physical contact. In the video we see a man and a woman, experiencing the inevitable fluctuations and changes of human relationships.