GRNews
GreekReporter.comEuropeGreek Linguist to be Awarded the Famous Leibniz Prize for 2014

Greek Linguist to be Awarded the Famous Leibniz Prize for 2014 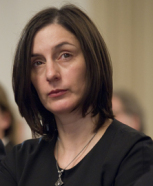 The Greek professor of linguistics of the University of Stuttgard, Dr. Artemis Alexiadou, is among the eleven researchers (four women and seven men) who will receive Germany’s most prestigious research prize, the Leibniz Prize, on March 12, 2014in Berlin.

A committee of the German Research Foundation (DFG) had to choose among 129 candidates from a wide spectrum of diverse areas of science (engineering sciences, humanities and social sciences, life sciences and natural sciences). Every Prize winner will also receive 2.5 million euros to fund their research for a period of up to seven years. The Leibniz Prize was introduced to the scientific community for the first time in 1986. It gives researchers the opportunity to allocate the awarded money in any way they see fit and with no additional bureaucracy getting in their way.

“The DFG’s Leibniz Prize is awarded for first-class research. Like previous prize winners, the recipients of the 2014 Leibniz Prize represents outstanding achievements in various fields of knowledge-driven research” stated the president of the DFG, professor Peter Strohschneider.

Artemis Alexiadou is a distinguished and world-renowned linguist. Her field of research is modern grammatical theory and in particular the development of models for linguistic structures, for which she has defined key methodological standards and made a significant contribution to international research development.