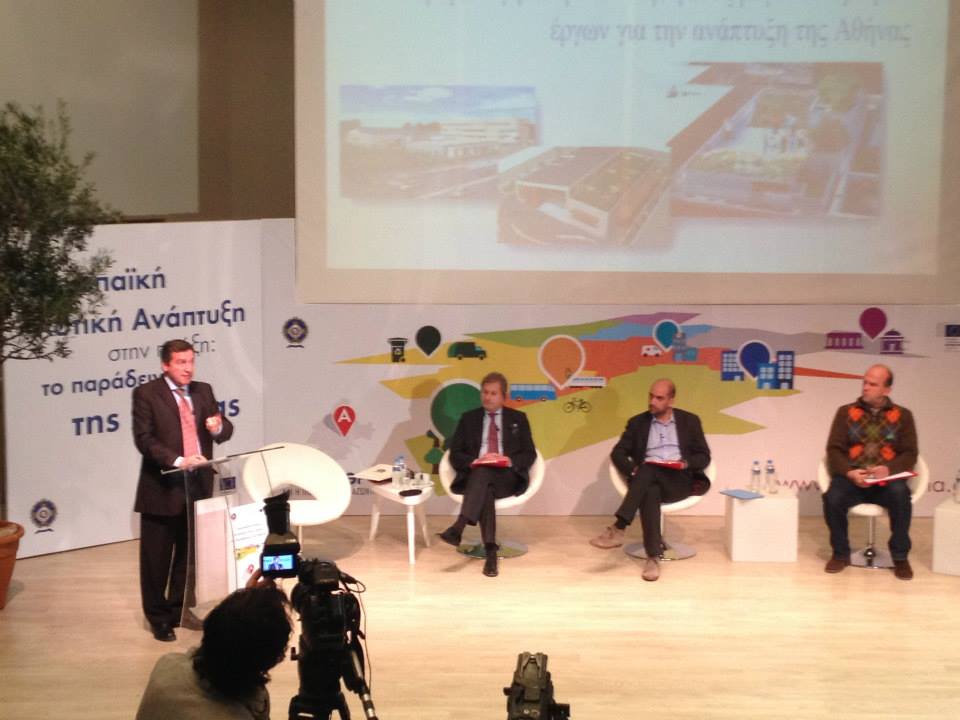 The City of Athens and the European Commission representative office in Greece held an open panel discussion at Technopolis today where Mayor Georgios Kaminis and Commissioner of Regional Policy, Mr Johannes Hahn announced far reaching initiatives in support of startup entrepreneurship, the boosting of the existing business environment in Athens, urban regeneration projects and support measures for those afflicted by the ongoing crisis.
The 10-year project, called “Ergo Athina” is funded by the European Commission totaling 120m Euro and consists of 72 individual projects ranging from the establishment of business incubators, a business support center, mentoring and training of new entrepreneurs, upgrading of facilities, projects geared towards urban regeneration and more. The event, titled “European Urban Development in Practice, the example of Athens”, was attended by over 300 participants and included brief remarks from 3 invited panelists from business, education and the social entrepreneurship sectors.
Commissioner Hahn noted during his remarks that Athens had successfully managed to draw funds and implement a program that would have far reaching results during a time of exceeding challenges and was an example for other European cities to follow.
The Mayor and the Minister took a number of questions from the audience and made remarks regarding the similar challenges that other European cities face. Mr Hahn made reference to the pan European cultural problem in terms of the fear of failure that new entrepreneurs face. He noted “Failing in business is frowned upon and persons failing are stigmatized. We should be embracing failure as a learning experience.”
Mayor Kaminis said that this had been the first time that a European city authority had received funding directly from Europe without an intermediary government organisation intervening. Mayor Kaminis said that cities should have direct control of their finances since they were directly responsible and accountable for expenditure toward their citizens. They should thus have the authority to directly receive grants and disburse those grants to the benefit of their citizens. This initiative had been delivered by the Athens Development and Destination Management Agency headed by Mr Alexis Galinos and had been delivered with a holistic approach in order to improve the quality of services and overall conditions in Athens.
[Image courtesy of – Industry Disruptors – Game Changers]