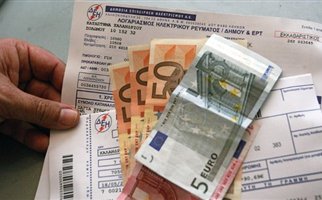 According to the newspaper “To Vima,” the Ministry of the Environment is seeking options in order to ensure that vulnerable households will retain their electricity supply.
The Minister Yiannis Maniatis proposed  the introduction of a 50-cent levy on all electricity bills  in order to cover the cost of reconnection to the power grid and electricity of vulnerable households. Maniatis stated that free electricity would be available to households already on DEI’s social tariffs and municipal welfare lists.
However many households are connected to DEI’s power grid under the name of the property owner, meaning that many DEI customers do not appear to qualify for the social tariff.
Maniatis had formerly suggested that municipalities could bear the cost of reconnecting to the power grid and paying the electricity bills. Yiannis Boutaris, the mayor of Thessaloniki, called this proposal “the worst kind of charity” and said that the State instead of providing handouts, should help people make a decent living.
The Mayor of Athens, Giorgos Kaminis also disapproved this proposal claiming that not all municipalities afford to cover the cost. Kaminis also added that the electricity supply of poor households must not be cut off.
The Minister of the Environment has announced that the government will attempt to reconnect 10,000 to 15,000 households to the power grid by Christmas and  he has asked for municipal authorities to quickly compose lists of households without electricity.
Meanwhile, DEDDIE, the electricity distribution network operator, stated that it will not charge for reconnection to the power grid.