Marfin and Ianos Attacks: Trial Postponed to May 2014 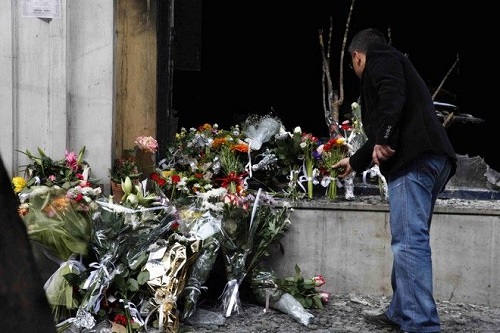 The trial for the attacks on Marfin Bank and “Ianos” bookstore has been postponed to the 14th of May 2014, by the Greek Mixed Jury Court. The arson took place during the anti-government demonstration in 2010 in the centre of Athens, Greece.
The trial has been postponed after the request of the prosecutor. Sources revealed that the two defendants asked for a short delay in the proceedings and not to postpone the trial.
According to the Misdemeanor Council, one of the two defendants was accompanied by two other men when he attacked the bank on Stadiou Street with a Molotov cocktail, while the other defendant was accompanied by three other men, during the attack on the “Ianos” book store.
According to the court, the two defendants seem to be part of the same criminal group which was armed with bats and hammers during the demonstration. Then they divided into two smaller groups and attacked the bank and the bookstore.
The two defendants are free pending the trial but face some imposed restrictions. According to the Council’s decision, the defendants were free after they stated their plea and the investigative judge and prosecutor could not agree upon detainment.