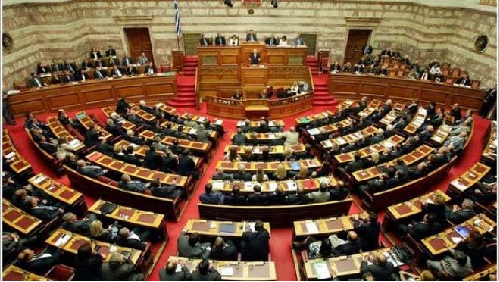 Even though Greek lawmakers have passed the 2014 budget which shows a primary surplus, the partners and lenders don’t seem to be convinced of the data presented. In fact, they believe that the numbers shown are phony and don’t really exist.

Yesterday’s article in Allgemeine Zeitung says: “Brussels announced that according to the European Commission, the financial gap of the 2014 budget is unknown at this point, therefore changes in the budget must be made in order for troika to facilitate complete negotiations during the next round in January.

The writer of the German article reported that “The budget surplus is a result of auditing tricks,” he then explains the skepticism of Europeans, regarding the achievements of the Greek government and continues: “it does not include the several billion that the state owes to suppliers. At the same time, structural reforms are not implemented. Creditors know this, but tolerate it because in light of the Euro elections, Greece’s success must at all costs be recorded. However, without a new haircut the crisis will not end.”

An article in the newspaper Taz makes it obvious that they are on the same wavelength after naming an article: “Creative Accounting.” This article makes reference to the budget stating: “Greece is changing its tactics, but the goal remains the same. Greece wants to avoid the new requirements for austerity measures. The only thing that changes is the argumentation. Greeks no longer appear as victims of a failed austerity policy, but as a model. With this in mind: Whoever presents a balanced budget does not need to make any reforms. The budget surplus is therefore converted into a weapon. Theoretically, at least Greece could freeze the repayment of old debts. It could deal with the rage of Europe, because it no longer depends on appropriations in order for the state to operate.”