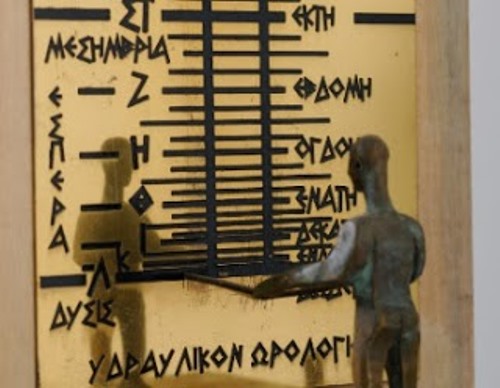 The Architecture Department of Frederick University, in collaboration with the Society of Ancient Greek Technology and the Ministry of Education and Culture, have organized the “Exhibition of achievements of Ancient Greek Technology.”
The exhibition is being hosted by Frederick University Department of Architecture, at 13 Chamatsou Dimitriou Street, Nicosia 1040, Cyprus, and has been open to the public and educational institutions since November 28.
The aim of the exhibition is to inform the public on achievements of ancient Greek technology. Visitors have the opportunity to take an unforgettable journey through time, to see an unknown side of ancient Greek life and to discover the major contribution that Greeks have made to modern technology and civilization.
Inventions credited to the ancient Greeks include the gear, screw, rotary mill, screw press, bronze casting, water-clock, water organ, torsion catapult, steam operated experimental machines and toys, and a chart to predict prime numbers.
The exhibition also includes a large number of replicas of ancient Greek inventions from the prehistoric to Hellenistic period, including the Ancient Crane and the Antikythera Mechanism.
Related films are displayed in a specially designed area of the Exhibition.