Troika Will Return to Greece – Without Techs 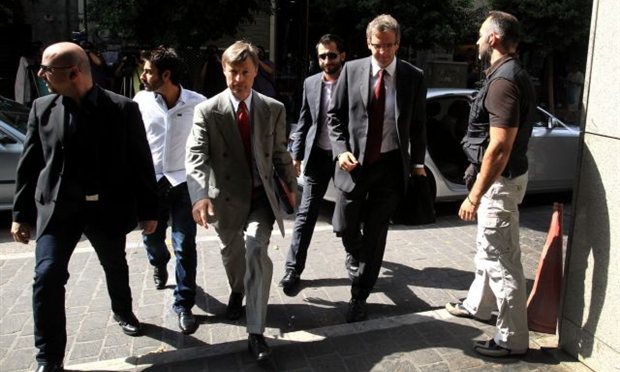 After it was first reported that envoys from Greece’s international lenders who had broken off talks over delayed reforms and big hole in the 2014 budget wouldn’t be coming back to Athens, it’s now been said that they will, but only the top negotiators and not the technical staff who do the checking of the books to see if Greece is meeting fiscal targets.
Klaus Masuch of the European Central Bank, Matthias Mors of the European Commission and Poul Thomsen from the International Monetary Fund – the EU-IMF-ECB Troika – are expected to remain in Athens for around a week and then return with the full technical teams in January provided that Greece has made progress in meeting its bailout commitments.
Simon O’Connor, a European Commission spokesperson for economic and monetary affairs, said in a brief statement that although some Troika inspectors were due to return to Athens next week, negotiations would not have a chance of concluding until January at the earliest.
“Technical discussions are expected to continue in Athens next week,” he said. “We expect a full negotiating team to return to Athens in January, after the authorities have made further progress in implementation, with the objective of reaching a staff level agreement.”
The talks have been inconclusive and that no deal was expected next month either, disputing claims by Greek government officials that all was well and that an agreement was within reach soon.
It was reported that the Troika wants to downplay expectations in case it leaves Athens again without a deal that has been eluding the two sides for months. The Troika said there’s a gap in the 2014 budget of between 1.5-2.9 billion euros while the government insists it’s far smaller – and that there isn’t one – and that it can deal with it without resorting to more austerity measures that Greek Prime Minister Antonis Samaras swore he would never, ever again, impose on beleaguered Greeks.
A European official, speaking on condition of anonymity, told Kathimerini: “Mission chiefs return on Wednesday (Dec. 11) but with reduced teams. They should stay about a week. Full teams will then return in January. As much progress as possible will be made in December and if we can conclude on any issues, of course we will. No one wants this to go on longer than necessary. But given the amount of issues still open, a full staff level agreement in December is just not realistic.”
Discussions are reportedly stumbling on the issue of a new property tax, debtor property auctions, layoffs in the state sector, the slow pace of privatization, privatization or closing of Greek defense industries and the failure to gain much headway against tax cheats, all of which have been delayed since two bailouts of $325 billion and austerity measures began 3 1/2 years ago.