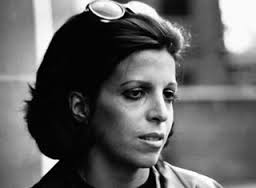 Christina Onassis’ best friend, the Argentinian Marina Dodero, is writing a book that reveals the unknown aspects of the death of the heiress.

The book will be released in Argentina in March 2014. It consists of 24 chapters, 20 of which have been completed, while the title remains unknown.

Marina Dodero was the first person who discovered Christina Onassis dead in the bathtub of her apartment in Buenos Aires, Argentina.

“We first met at a party in the summer of 1966. We were 17 years-old. Onassis’s sister, Merope Konialidi, introduced us. She thought that her niece Christina and I could be friends. She was right. We immediately loved each other and became inseparable.” says the writer.

“I was asked to write a book about Christina, just a few days after her death. That was impossible, I couldn’t do it. I was incredibly sad and deeply shocked. Now, 25 years after her death I want to show people who the real Christina was, to write the true story and shed light on an affair that is still haunting me.” said the writer, in an interview with Greek newspaper, “Ethnos.”

Dodero, talking about the last night she saw her friend alive, said: “It was very hot, everyone was wearing summer clothing but Christina, she was complaining that she was cold. We sat together and she started talking about her father and brother. I was surprised because we never talked about that. After a while she told me that she was very tired and that she wanted to sleep. She gave me a kiss, and said goodnight in Greek. That was the last time I saw her alive.”

The next morning Dodero found her dead in the bathtub. “I could not believe what had happened. I ran to find my brother. He and my ex-husband came in the bathroom, lifted the body and put it on the floor. I remember her open eyes staring at infinity …..”