GRNews
GreekReporter.comGreek NewsEnvironmentAsphyxiating Atmosphere in Athens Due to Fireplace Use

Asphyxiating Atmosphere in Athens Due to Fireplace Use 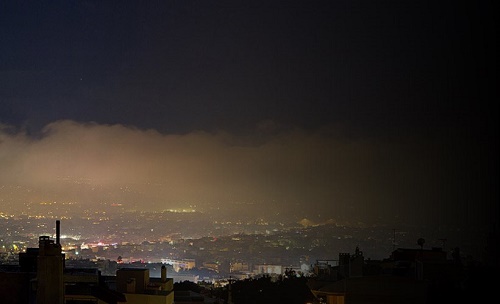 Smog has turned into a nightmare for the citizens of Athens, Greece after more smog accumulated again this past Thursday, when many people were attempting to heat their homes using their fireplaces. The increased moisture and the fact that the strong winds that had been blowing the previous days have ceased, were two of the main reasons the pollution became visible after the uncontrolled use of fireplaces.
The habit of many Greeks, in combination with the economic distress and the high heating oil prices have forced thousands of families to burn wood in order to heat their homes.
Despite the fact that this year, orders for heating oil have increased compared to last year, they are still far less than those of 2011 and even less than 2010.
People should be reminded, that the cold nights, the apnea and the extensive burning of wood and biomass, create smog that is bad for our health.