A Touching Event in Karpacia 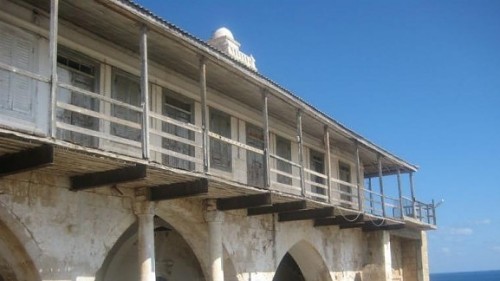 A touching event will be taking place in Karpacia, situated in Northern Cyprus, the Turkish occupied part of the island. Saint Andrew’s tabernacle will operate for the first time on the saint’s Feast Day.
The regime of the Turkish occupied part of Cyprus, gave permission to the Bishop of Karpacia, Christoforos, to operate a Liturgy at St. Andrews tabernacle in Karpacia.
The liturgy was attended by hundreds of believers and Greek Cypriots “locked” in the occupied territories, as well as representatives from the Democratic Rally (DISY) political party. Among the representatives was the president of DISY, Averof Neophytou.
A tour in the Monastery of St. Andrew and a brief update for its innovation followed.
The delegation of DISY also had a meeting with the “locked” Greek Cypriots of Rizokarpacos and of the Holy Trinity’s community in order to hear their problems.