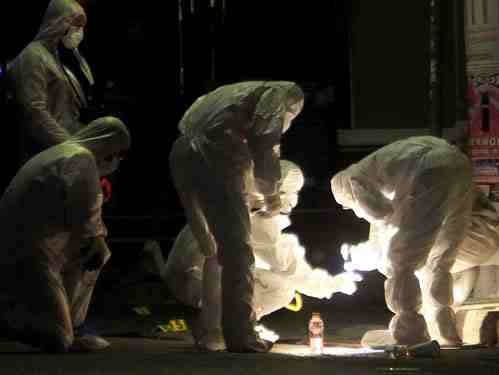 According to the newspaper Kathimerini, a unit of Greek counter-terrorism officers is in Cyprus as part of the investigation of the murder of the two Golden Dawn members, killed outside the party’s offices in Neo Irakleio, Athens.
As reported, a delegation of Greek police are in Cyprus, where a 30-year-old man is on trial, accused for the murder of 5 people in the Aghia Napa resort, in June 2012. The 30-year-old man and his 42-year-old Greek accomplice, murdered two Romanians and three Cypriots who were the guards of a Cypriot businessman associated mainly with nightclubs. Greek police are aiming to extract information from the man, since he is suspected to have participated in anti-establishment activities in Greece.
There are unconfirmed reports, that the 30-year-old has been linked to an armed attack on the Aghia Paraskevi police station in Athens, in October 2009. The Organization for the Protection of the People’s Struggle claimed the attack.

Guide to the Classics: Homer’s Odyssey