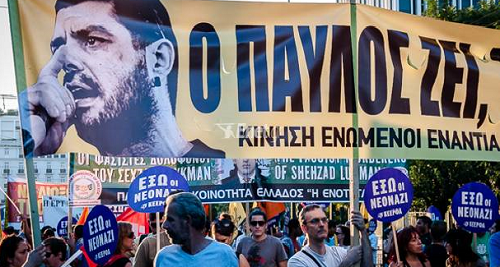 The Greek Police decided to ban the anti-fascist demonstration that was planned by labour movements, unions, student clubs. The demonstration was supposed to take place on Saturday.
By order of the Hellenic Police Chief, all mass round-ups will be allowed, but for security reasons, the demonstrations will be restricted
Anti-government groups and anti-fascists have organized a gathering that will take place in the Monastiraki and Propylaea area at 4pm on Saturday. They stated, “this will happen in order to block the turnout of fascists. At the same time, our gathering at Propylaea is to be able to surround them.”
At 7pm, members of the Golden Dawn party are meeting at Syntagma Square in order to demonstrate “the organized political and judicial conspiracy and illegal detention” of MP’s Nikolaos Michaloliakos, Christos Pappas and Giannis Lagos.