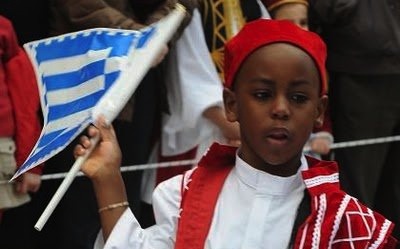 According to the Eurostat data published yesterday, more than 780,000 non EU-Nationals managed to attain citizenship from a Member State of the European Union in 2011.

In particular, the Member States of EU gave citizenship to 783,100 persons in 2011. This number is decreased by 4 percent compared to that of 2010.

The fact that the largest — by population — European countries, except for Germany, have given citizenship to less non EU-Nationals has resulted in this decrease.

The majority of those who acquired Greek citizenship were Albanians (88.1 percent). Greece also gave citizenship to Russians (1.6 percent), Georgians (1.4 percent) and Armenians (0.9 percent).