People in need now have the opportunity to find a temporary shelter, a clean place to sleep, change their clothes and take a shower. These basic needs will be offered at the Guest House for Homeless people and will start to operate in December. 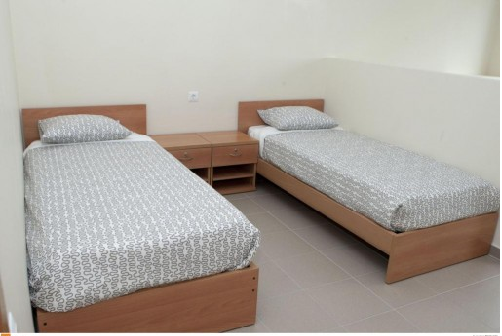 Τhe Guest House is about 750 m2 and offers 74 beds, which are separated to men’s and women’s. It was bought by the Charitable Fraternity of Men in Thessaloniki and was granted to the Municipality of Thessaloniki 10 years ago. The equipment and the configuration of the dormitories was a donation from the Stavros Niarchos Foundation.
“The dormitory will temporarily host people in need, from 7 pm until 8 am. Anyone who wants, can ask for help. There will be a social worker, two administrators, four maids, guards and a team of volunteers” noted the deputy mayor of Social Solidarity, Calypso Goula. The dormitory operates in cooperation with the social NGO Arsis, and also provides dry cleaning and auditoriums for psychosocial support.
“Despite the economic crisis, the number of homeless people does not seem to have grown significantly,” said the spokesman of Arsis, Nikos Gavalas.
According to Ms Goula, in Thessaloniki and in the wider region, there is not a large homeless population, at least for the present time; in Greece the institution of family is very strong and provides support to those who are in a financial slump.