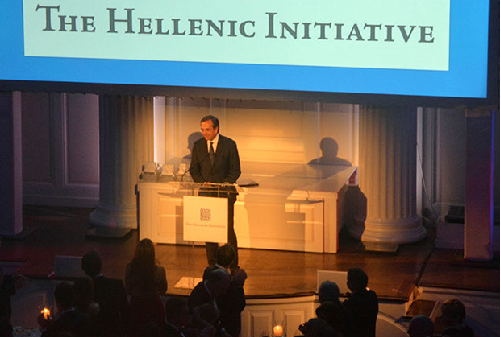 On Tuesday it was announced that three multinational companies will be investing in Greece, thus helping the growth of the Greek economy and opening new job positions.
The decision for  Coca Cola to establish a Consumer Interaction Network was taken after an event organized by the Hellenic Initiative in New York, where Coca-Cola Chairman, Muhtar Kent, met with Prime Minister, Antonis Samaras.
Coca Cola is planning to make a 1-million-euro investment toward the Consumer Interaction Center in Athens. It is estimated to be completed in 2015, covering 23 countries in Central and Southern Europe, and is expected to create 100 to 150 job positions. They chose Greece, because of the Greeks’ language skills and know-how.
On the other hand the Belgian group Delhaize (which owns the AB Vassilopoulos supermarket chain in Greece) is creating a Center of Excellence in Greece, one of only two in the world. The company chose Greece because it was the first country to implement SAP Retail, and adjustment proved rapid.
Last but not least, NSN (Nokia), is also expanding its operations in Greece, and as a result creating an additional 150 new jobs, making it one of the multinational company’s biggest software centers in the world.
Although these companies produce different kinds of products and serve different things for our daily needs, they have one common focal point: they require highly skilled human resources from the Information and Communications Technology (ICT) and Marketing sectors, for the development of high quality products and services.