Louis Tikas: from Crete to Colorado as Labor Union Organizer 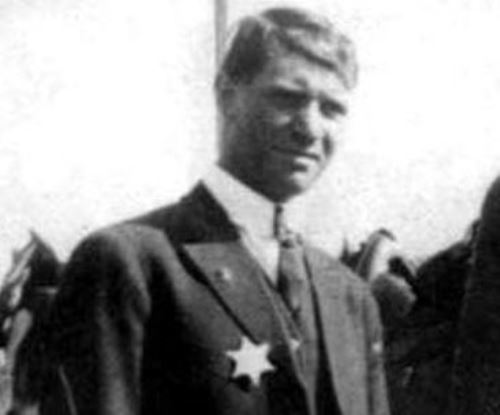 The symbol of the struggle of labor rights throughout America is connected to Louis Tikas (his birth name was Elias Anastasiou Spantidakis, later changed to Louis Tikas) who spearheaded the revolution of miners in Ludlow Colorado in the U.S., and was assassinated in 1914.

Elias Spantidakis was born in Loutra of Rethymno in 1886 and in 1906, he immigrated the U.S. never returning to Greece. He lived in Denver where he worked in the steel mills. In 1910, he took American citizenship and opened a cafe on Market Street in Denver, a local Greektown with 240 Greek residents. Next to this café, was the head office of the local organization “Industrial Workers of the World” nicknamed “Wobblies” where it all began. Tikas may or may not have been a member of Wobblies from the beginning, but he was definitely determined to assimilate into a new country.

Louis Tikas went to Denver where he met the headman Leonidas Skliris from Sparta, who controlled all the Greek workers in Colorado, in Utah and in Nevada as well. The situation in the mines was medieval as from 1910-1913, 618 miners were killed in accidents.

In November 1912, Tikas went to the mines of Frederick in Colorado and on the 19th of November, he became a leading figure of 63 Greeks who went on strike. He won the confidence of his countrymen who were seeking ways to get rid of bosses who exploited workers and placed no emphasis on their care, safety and rights. He came in contact with “Union Miner America” and began touring the coalfields of Denver and Pueblo, gathering statistics on accidents and injuries in the period 1912-1913. He had warned that if conditions would not change, he would start an industrial war.

Finally, on September 23 in 1913, the great strike in Ludlow began, with the participation of 13,000 miners. The strikers demanded the following: to shop from any store of their preference; go to any doctor they wish and not exclusively to the doctors of the company; recognition of their union; establishment of an eight-hour work day; law enforcement of the State of Colorado regarding mining safety; to abolish the script and the system of guards of the company that made the workers’ camps like concentration camps–Head of the strike was John Lozon and Louis Tikas, supported by Cretans.

Holding a white Flag, Tikas asked to meet the National Guard’s chief. According to witnesses, the chief killed Tikas with a shotgun. His funeral took place on April 27, followed by thousands of workers. The episode, named Ludlow massacre, is a stigmatized page in U.S. history.

Tikas’ life came to the public forefront once again in 1991 when Greek-American writer Zissis Papanikolas wrote a biography on him. Moreover, in 2001, the American songwriter Frank Manning, inspired by his brave grandfather, wrote the song “Louis Tikas” which he performed in Greece.

Today in Ludlow town, there is a monument dedicated to the memory of victims and of the brave Louis Tikas. In his hometown of Rethymno, there is a street named Elias Spantidakis.