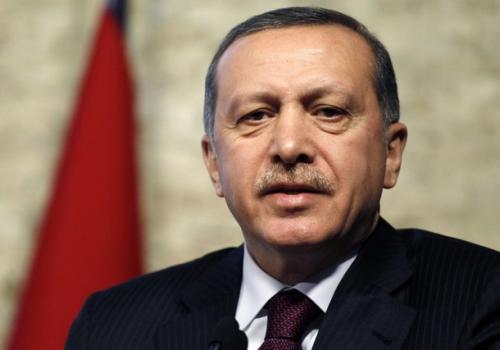 The Turkish Prime Minister, Recep Tayyip Erdoğan, submitted proposals to the United Nations for a peaceful solution for the Cyprus issue.

During the G20 summit in St. Petersburg the Turkish Prime Minister met the United Nations Secretary General Ban Ki-moon and he mentioned that “all sides must sit on the negotiating table and find a settlement for Cyprus.” He added that “we must work until a solution is found.”

Meanwhile, the Cypriot media on Friday reported that Cyprus President Nikos Anastasiades and Turkish Cypriot leader Dervis Eroglu, will attend a very decisive and important meeting. Both sides hope that the negotiations will be fruitful and result in a joint statement from the two sides, paving the way to fully fledged negotiations.

Anastasiades in a letter he wrote addressing Eroglou, underlined how necessary it is for both sides to intensify their efforts toward adopting a joint communiqué for a first landmark meeting of the two leaders.

Cyprus has been divided into two parts, one Greek and one Turkish, since a Greek Cypriot coup was followed by a Turkish invasion of the north part of the island in 1974.

The negotiations aim toward a peaceful solution. These negotiations have stalled since early 2012, and all sides involved hope for progress.