GRNews
GreekReporter.comGreeceFirst Debate in Athens for Next President of European Commission

First Debate in Athens for Next President of European Commission 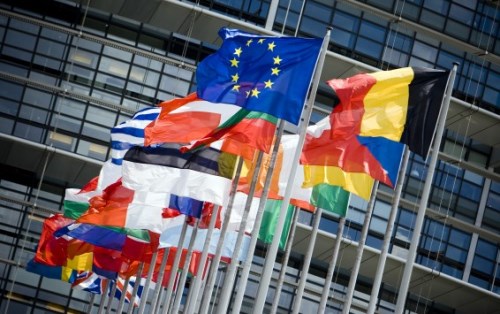 The first debate for the candidacy of the next President of the European Commission will take place in Athens during the Summit of 800 regional governors and mayors of the European Union in March 2014.
More than 800 mayors and prefects from all EU countries will come to Athens to attend the Summit of Regions and Cities of the European Union, under the Greek Presidency.
The organization and communication coverage of the session of the cities and regions of Europe was the main issue today at the meeting between the ministry press, the government spokesman Simos Kedikoglou, Secretary of public broadcasting Pantelis Kapsis, the Prefect of Attica Ioannis Sgouros and the delegation of the European Commission.
Simos Kedikoglou declared “the next elections will be decisive for the future of Europe and it is quite significant that the first candidate debate for the next President of the European Commission, will be held in Greece,” adding that “a presentation will be held these days and concerns the importance of local growth and economic recovery. This for Greece is especially a major issue. We will accommodate these actions in the best possible way, giving a positive image across Europe.”