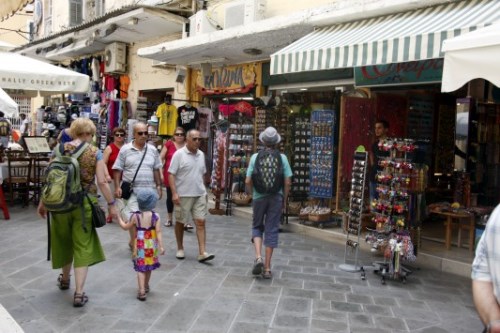 The number of tourists who visited Greece in September reached three million. According to data from the Bank of Greece, the tourists increased by 17.5% compared to last year.
In nine months, the touristic flows increased to 15.2% in comparison with the last year and the number of tourists exceeded 15.5 million.
Therefore, the travel revenues increased by 17.3% compared to last September. In nine months the total revenues sharply rose to 14.4%.
Furthermore, the most tourists were Germans at 26.4% in September of 2013, bringing in a revenue of 355 million euros. The travelers from France increased to 50.1% and brought 131 million euros while those from United Kingdom gradually decreased to 12.3%.
Other countries outside the European Union noted increase. For example, Russia recorded an increase of 43% which stood at 275 million and the U.S. recorded an increase of 80.3% which stood at 79 million euros.