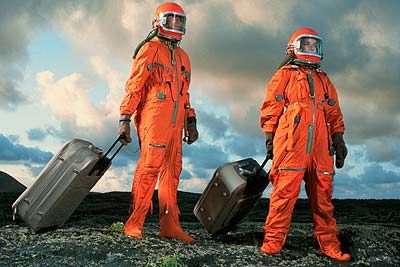 Vassilis Kapernaros, member of the political party Independent Greeks, submitted his proposal for the transformation of the Kalamata International Airport to a rocket launch site, at Parliament on Wednesday. If such an event takes place, Greece will be able to tap into space tourism.
The Governments response wasn’t really encouraging as far as the “International Center for Space Tourism in Kalamata” is concerned. Notis Mitarakis, the Deputy Minister of Development said that the country has yet to show any interest in the aerospace industry, while Michalis Chrysochoidis, the minister of infrastructure noted that such a project needs resources and infrastructure investments that Greece is not currently able to provide. He added that an operation like this would cost millions of dollars that the country can’t afford, and also that the project would have to be cautiously approached because of “European and International regulations.”