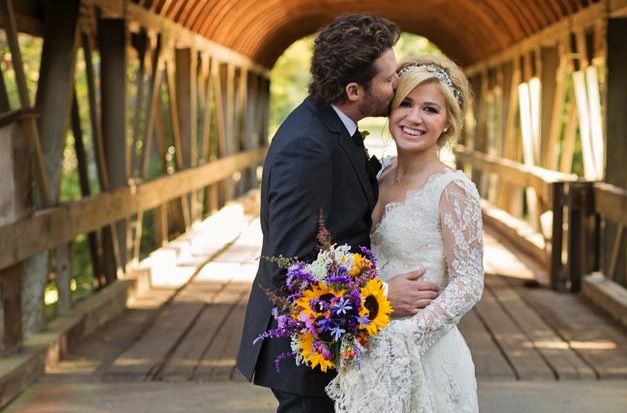 Pop songstress Kelly Clarkson couldn’t be happier. The newlywed announced via Twitter that she and husband Brandon Blackstock are expecting their first child together.

“I’m pregnant!!! Brandon and I are so excited! Best early Christmas present ever :),” Clarkson wrote.

The couple were married in an intimate ceremony at Blackberry Farms in Tennessee last month. Clarkson has been very vocal about wanting to start a family right after the wedding. When she visited “The Tonight Show with Jay Leno” last week, she told the late-night host that her and Blackstock were “trying, trying, trying” for a baby. The 31-year-old singer is already stepmom to Blackstock’s two children from a previous marriage.

“We have two kids,” Clarkson said in her interview with Leno. “They’re so great. And I never wanted kids before, but now I want, like, five.”

No word yet on when Clarkson’s little one is expected to arrive.