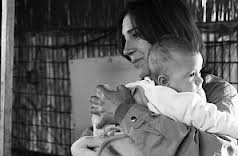 Many Greek films are participating in this years 44th International Film Festival of India, which from 2004, takes place in the city of Goa.

This year’s event which starts on November 20 and lasts until November 30, will feature six Greek films, one in the competition section and five within a tribute to the contemporary Greek cinema.

The film “Joy” of Elias Yiannakakis will participate in the competition section. The film was written and produced by Yiannakakis with the support of the Greek National Centre of Cinematography. The leading actress is a woman who comes out of a maternity clinic holding a baby that is not her child. However, she will do anything to protect it.

The film has also participated in the competition section of Edinburgh and Shanghai festival.

Other Greek films that will be screened in the festinal are J.A.C.E, September, Wild Duck, The tree and the swing, and Mantzourana.

The main goal of the Film Festival of India is the promotion of the Indian cinema abroad. It also aims at the support and promotion of films from different nations as well as the friendship and cooperation between people worldwide.