“Chania: A Journey Through the Countryside” Wins Awards 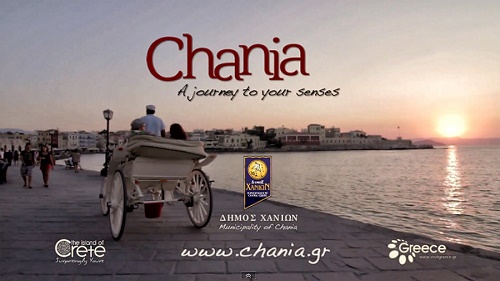 There are many ways to advertise the beauty and culture of Greece. We just need a bit of patience and imagination! Proof of that is the video “Chania: A Journey through the Countryside,” that recently won three awards at the Portugal Art & Tur Festival.
The tourism promotion campaign for Chania was signed by local filmmaker Thodoris Papadoulakis, known for his meticulous work on the small and big screen which seems inspired by the beloved classic film Zorba the Greek (Alexis Zorbas) and the Greek actuality.
With a unique touch, the promo video scenario is aimed to motivate the audience to get up off the couch and live their own Greek reality… with all of their senses. Not just watch it in movies, or gaze at it in a holiday photo, but go there and live it themselves! The video tempts the audience to take a walk in the old town of Chania, to explore the nature of Crete, get on a bike and discover the Cretan neighborhoods, or go to the beach and dance like Alexis Zorbas!
The video entitled “Chania: A Journey through the Countryside” won the following three awards in this Festival:
Best Screenplay
Award City of Barcelos
2nd place in the category “Memorable Experiences”
This video has gotten other awards at the 8th Film, Art & Tourism Festival FilmAT, held on the 23rd of May, 2013 in Poland, and the 5th Silafest Festival held on the 6th of September, 2013 in Serbia.
The energy emitted through this video is an ultimately imaginative and successful attempt to express what Greeks feel for Greece. The actions of the Municipal Authority of Chania succeeded in tourism promotion, increased openness, and did so with a strong presence. Participation in international tourism events show that there are ways to survive, even for countries that have been financially “dented” by the crisis.