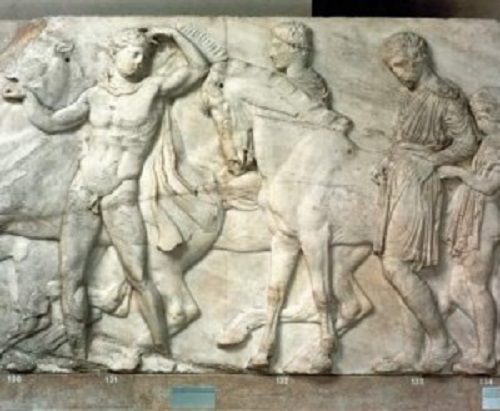 The Premier of New South Wales, Barry O’Farrell officially opened the International Colloquy: “Parthenon, an Icon of Global Citizenship” which started on Friday at the Nicholson Museum at the University of Sydney. During his speech he stated that: “The Parthenon Marbles must return to Greece. Since the new Museum of Acropolis is opened, there is now no excuse for not returning them to Greece.” He also noted that the western world owes much to the Greek civilization and asked all the MP’s to adapt a positive attitude in favor of the return of the Parthenon Marbles.

Present at the opening of the conference were Greek expatriate Minister for the Arts in New South Wales, George Souris, and the Greek expatriate Senator Athanasios Sinodinos–who is deputy Minister of Finance. Senator Sophia Kotsi, who had recently raised the issue of return the Marbles to the Senate, also attended the opening ceremony of the conference. Furthermore, the ambassador of Greece in Australia Charalampos Dafaranos, as well as specialists and scientists from all over the world will take part.

The conference was organized by the International Organizing Committee –Australia–for the Restitution of the Parthenon Marbles (IOC-A-RPM) with the support of the British and American Committees.