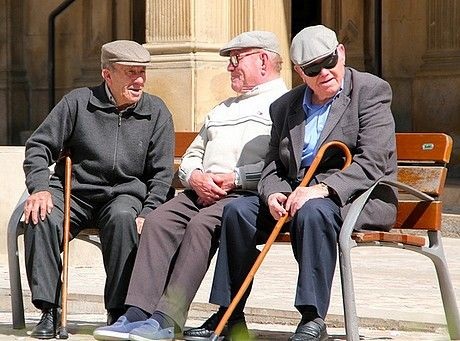 According to research examining the recent changes in the population of the country, it appears that Greece has a high percentage of elderly population.
The research, entitled “The new historical context of population aging,” was done by Marie-Noelle Dyken, associate professor at the University of Thessaly and Stamatina Kaklamanis, assistant professor at the University of Crete’s Department of Philosophy and Social Studies. It showed that, despite the positive contribution of foreigners in the demographic dynamism of Greece, the specific gravity of the elderly is increasing, both in rural and in urban areas.
The two researchers specify that the data analysis, which refers to the period 1991-2001, shows  the differentiated rates of aging in different parts of Greece.
High levels of aging are noted in municipalities of Central and Southern Greece because of the continuous departure of the young population.
Municipalities in the northern part of the country, especially in Eastern and Central Macedonia present considerably lower aging rates. Islands and coastal municipalities also present low aging rates due to the inflow of new residents and  the installation of  foreigners, a significant proportion of which comes from European countries.