TechNews
GreekReporter.com Europe Demis Roussos: Being a Parent is a Full-Time Job

Demis Roussos: Being a Parent is a Full-Time Job 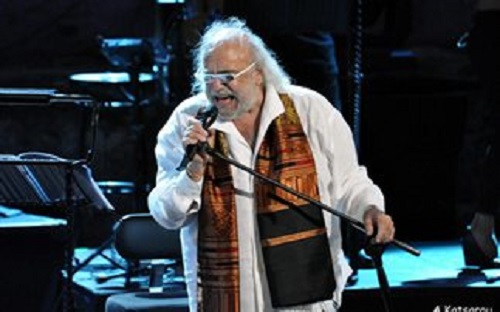 Demis Roussos talked about the French Secret Service, his daughter, and the drugs.

Demis Roussos has spoken several times about his personal life and during his interview with magazine “Ego,” he also mentioned his daughter’s drug issues. “One night a man from the French Secret Service came to inform me that my daughter was kept under surveillance; they suspected her use of drugs is due to her environment. I found myself in a panic. I brought her to Greece to stay with her grandmother, and she is now a healthy girl, active, creative, and a very talented director.”

Although the artist is divorced with his daughter’s mother, he tries to remain close to her and give her attention. The same goes for his son, whom he brought up alone. Demis Roussos stated, “being a parent is a full-time job.”

Watch “Ropoto: Greece’s Sinking Ghost Town,” a documentary about an abandoned village in central Greece that suffered an unprecedented natural disaster. Ropoto was once a...
Greece

If you're in a crowd in Greece and shout "Mr. Papadopoulos," the most common surname in Greece, chances are that at least one man will turn his head.
Diaspora

From ancient times to the modern day, Greeks of the diaspora have enriched the international community in across many fields.