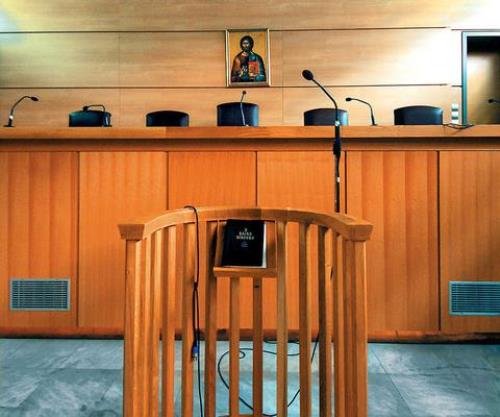 The Hellenic Council of State rejected the request of three people for removal of religious icons and symbols in courtrooms. Greece’s highest administrative court upheld a decision by Thessaloniki court administrators in 2010, that asked for icons to be placed in the northern city’s court rooms.
In particular, the Council of State has since made extensive reference to the relevant decisions of the European Court of Human Rights, the Constitution, and the Greek legislation, who then rejected this request and characterized it as unacceptable; the administration and management decision of administrative courts was taken into consideration in Thessaloniki, which should not be offended.
Council of State took on board an argument from Bishop Seraphim of Piraeus, who declared that icons had first been placed in Greek courtrooms in 1828.