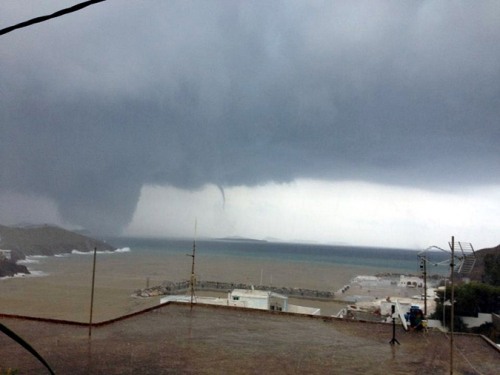 A phenomenon of unprecedented intensity struck a Dodecanese Island, Astypalea. It was a large wedge tornado and a satellite waterspout just behind it, that lasted for more than ten hours, during which trees were uprooted and houses flooded.

The island’s residents reported that they have not faced anything like this in the past.
Α restaurant was demolished near the sea and serious damage to crops and forests was reported with several trees blown away.
During the storm which started at 9 am, a whirlwind occurred that uprooted trees, while due to the heavy rainfall, many houses were flooded in various regions of the island.
According to island’s weather station, the intensity of the rainfall reached 86 millimeters in just a few hours. 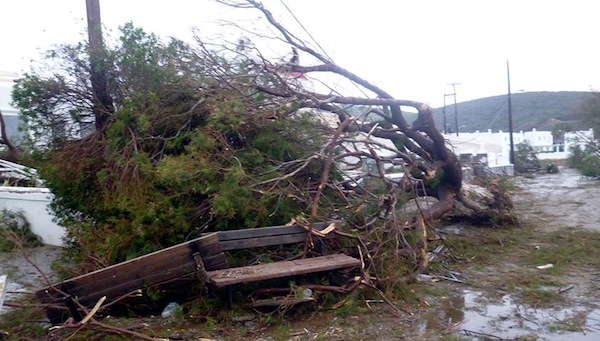