Saleas “Conquers” Turkey with His Clarinet 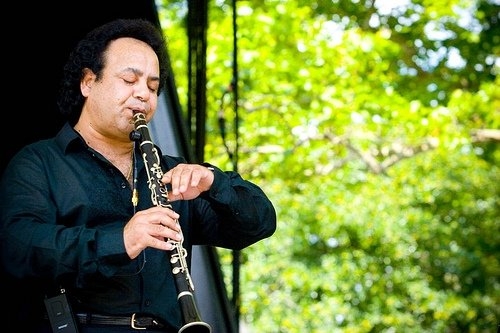 The world-renowned clarinet player from Greece–Vasilis Saleas— recently released his new album that was especially appreciated in Turkey.

The Turkish newspaper Star announced in an article entitled “Vasilis is in Turkey with his new album” the release of the Greek clarinet virtuoso’s new album, in Turkey. The album title is “Travelling the World.”

According to the newspaper and some websites, the Greek musician’s album includes works of famous composers from around the world as well as Tarkan’s “Inci Tanem” and Turkish singer’s–Sezen Aksu–“Sarı Odalar.”

It should be noted that Salea’s recent appearance in the Turkish musical scene is not the first. He is actually widely known and many of his works have been released in Turkey, while many of his songs can be heard in various places and by a variety of audiences.

Athens Plans Dozens of Events Leading Up to Christmas