Tax Evasion Charges for Former Greek Minister and his Wife 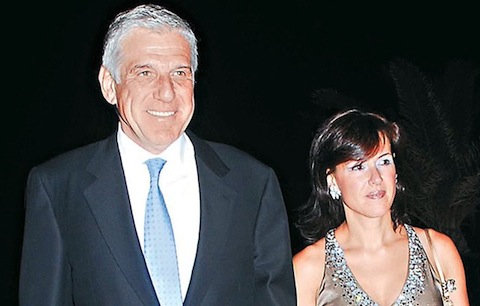 Yannos Papantoniou, the former Minister of Finances and National Defence and his wife Stavroula Kourakou, are accused of tax evasion. They will face charges for allegedly evading 3 million Euros in taxes between 2000 and 2010.
According to the Lagarde list Yannos Papantoniou seems to have been covering 80,000 Euros a year. Furthermore, his wife is also accused of a felony offense after investigations found 1. 33 million Euros in a Swiss bank account that were not justified.
The charges against PASOK’s former Minister and his wife came after the investigations of the Financial Crimes Squad (SDOE). Stavroula Kourakou appeared on the Lagarde list that contains the names of 2,000 Greeks who have deposits in banks abroad. However, the couple won’t face charges of laundering money.
The investigation will also examine if the former Minister is involved in armament deals during his service as Minister of National Defense. According to sources, foreign governments have also given SDOE information on other implicated parties.
The investigation was ordered by the prosecutor Popi Papandreou who didn’t press charges on the couple under the condition that they pay what they owe.