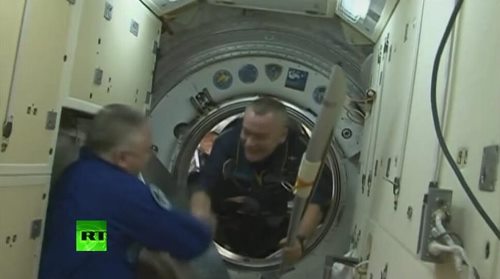 The Russian TV directly relayed the “Olympic Soyuz” arrival at the ISS, carrying the torch of the Olympic Games which will be held from February 7 to 23, 2014 in Sochi, Russia.

The astronauts Michael Tiourin, Rick Mastrakio and Koichi Waco arrived at the space station with the Olympic torch at 14:40 (GMT).

There they met with another six astronauts who were already at the ISS. It is the first time since October 2009, that nine people stay at the station for an entire week.

The Olympic torch flame remains lit throughout the space travel.