12-year-old Dead by Shotgun in Larissa 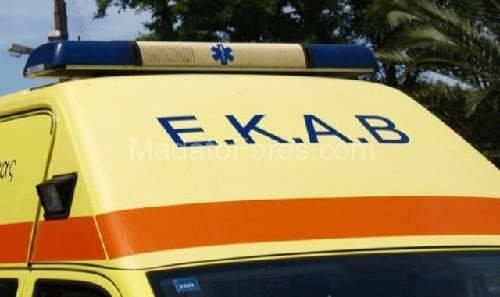 A tragedy involving a 12-year-old victim took place late on the evening of November 6, in the municipality of Nikaia, in the Larissa regional unit in Thessaly, Greece.
A 12-year-old boy was fatally wounded while he and his 14-year-old brother were  “playing” with their father’s hunting rifle.
According to the Greek newspaper “Eleftheria,” the two brothers were watching a football match in their room at the time of the fatal accident at around 23:00.
Under unclear circumstances, the gun went off, resulting in the fatal injury of the boy who died within few minutes.
The parents of the two boys–terrified at the sound of the discharge of the firearm–ran to the boys’ room where they found their son bleeding to death. They immediately called an EKAV ambulance who rushed to the house and tried to save the him, but unfortunately it was already late. His death was affirmed at the General Hospital of Larissa.
Shortly after the incident, men of the Police Directorate of Larissa arrived on scene to investigate exactly what took place, and how a game between two brothers ended in the unfortunate death of one of the boys.
A specialized psychologist visited the house to provide psychological support to the family.
The Police Directorate of Larissa is conducting a questioning in regards to what exactly happened to result in this tragic incident.

For thousands of years, Greek honey has been collected for its delicious, sweet taste and healing, nutritious properties.
Ancient Greece

Games and workshops based on Ancient Greece and its political figures were recently created by group of academics from the University of Exeter in England.
Education