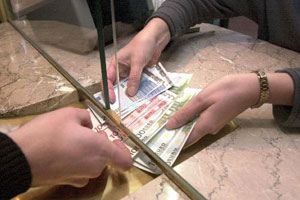 Greek banks operating in Bulgaria – Alpha Bank Bulgaria, Euorbank EFG Bulgaria, United Bulgarian Bank (UBB) and Piraeus Bank Bulgaria, – have expanded their presence in the country. The combined net profit of the four Greek banks rose by BGN 17.65 million for the first three quarters of the year to BGN 18.93 million, with its share in the total profit posted by the banking system in Bulgaria being 3.88%.
Data of Investor.bg based on the statistics of the Bulgarian National Bank (BNB) shows that the four banks added 1.73% YoY to the combined volume of their assets to BGN 12.418 billion.
The growth of the positive financial result registered by Alpha Bank and Eurobank compensates for the losses marked by UBB and Piraeus.
Investor.bg also released data on the financial results of foreign bank branches operating in Bulgaria. Their combined assets gained 40% for the first three quarters YoY, but they also reported losses of BGN 323,000. Isbank’s assets increased the most – with 160%, – while its net losses amounted to BGN 478,000.
The profit of Citibank dropped the most – BGN 7.2 million.
The considerable growth of Alpha Bank’s profit – BGN 13.255 million – could not compensate for the losses of other foreign bank branches.
DSK Bank and UniCredit Bulbank registered the highest profits for the first three quarters of the year. Corporate Commercial Bank (CCB) marked the highest growth in terms of assets among the Top 5 Bulgarian banks, Duma daily reports
(source: focus)