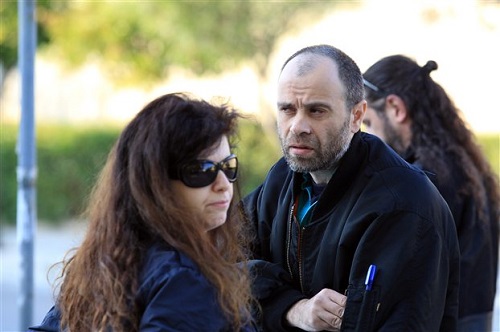 The small fine of 100 Euros was the imposed penalty for the policemen who were held responsible for the flight and disappearance of the 42-year-old man Nikos Maziotis and his partner Pola Roupa 16 months ago. The police officers who were accused for their fleeing have already been exonerated of all charges and have returned to work.
Nikos Maziotis and Pola Roupa were in custody for the case of the “Revolutionary Struggle” and they were released on bail during the autumn of 2011, eighteen months after their detention in custody. The accused couple was obliged to appear regularly in the Police Department of Exarcheia. However, they did not show up for their scheduled appearance at the police department of Exarcheia on June 20, 2012, and no one thought of searching for them. The police started the investigation 15 days later, after traces of them were gone. The responsibilities fell on a senior officer of the Police Department of Exarcheia, and to 4 policemen because they didn’t report the disappearance of the couple on time.
The court exonerated the police officers of all charges related to the disappearance of Nikos Maziotis, and were only charged a standard fine for negligence. The accused policemen are obliged to pay a fine of 100 Euros as a penalty for their neglect.