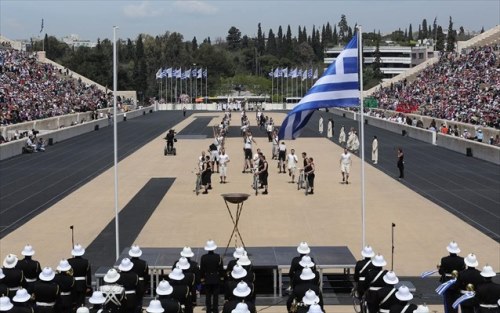 Greece received a global distinction in the international competition titled “Sport and Environment,” which was established and organized by the International Olympic Committee (IOC).

The Hellenic Olympic Academy (NOA) ranked second in the international competition held in Sochi Russia, about three months before the beginning of the Winter Olympic Games. This is undoubtedly an important recognition of Greece around the world. In addition, NOA makes efforts promoting Olympic values through various activities and educational programs throughout the country.

Actually, it’s the second international distinction over the last two years. Since 2011, the training program emerged within the six best in the world at the conference held in Doha, Qatar.

“The distinction of the nation is a vindication of our work in a sector that is indeed the primary concern of the International Olympic Committee. We are happy in that it motivates us to make more efforts,” said president of the National Olympic Academy Isidoros Kouvelos.