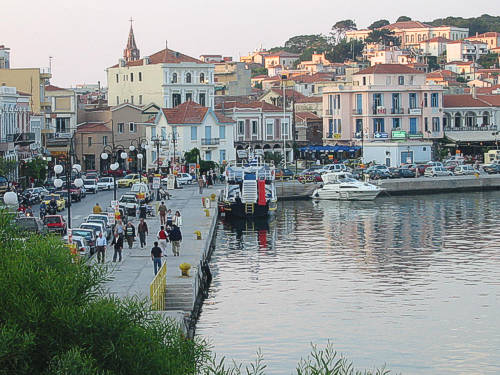 A lesson of honesty is to be learned from a 29-year-old in Mytilene, from a town on the island of Lesbos, in North Aegean, Greece, who found and gave back a ladies bag containing the sum of 2,800 euros. The man even denied the reward that the owner of the lost bag tried to give him out of gratitude.
The bag was lost on October 28th on a central road near the Hospital of Mytilene. When the owner of the bag realized she had lost it, she couldn’t have had imagined, that in such difficult economic times, the bag would be returned only few hours later.
The bag was found by the 29-year-old aluminum technician Yiannis Mpagias, who upon opening the bag, found the driver’s license of the owner and contacted her in order to deliver the lost item.
The bag belonged to a tavern owner who besides from her personal belongings in her bag,  had the sum of 2,800 euros, which she was collecting for days in order pay the rent of the of her business and other professional obligations.
The tavern owner offered to give a reward to the 29-year0old man, but he insisted he could not accept it claiming, the least he could do was give the bag back to the owner.
The 29-year-old aluminum technician, Yiannis Mpagias teaches the rest of us, that even in such difficult times of economic crisis and unemployment, moral values should not be lost.

Intubations and deaths amongst those with Covid-19 remain high in Greece as retail shops opened around the country on Monday.
Business

Retail shops in most parts of Greece reopened their doors to customers on Monday, as the government announced support measures for businesses