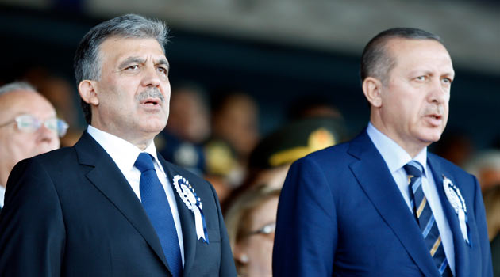 The Turkish newspaper Hurriyet, claims that there was a plan of assassinating Recep Tayyip Erdogan and Abdullah Gul, by DHKP-C. The plan was uncovered with the help of Greek secret agencies.

The Turkish authorities have invaded several homes and 7 people are now held, among them Ferit Mutlu who is listed in DHKP-C and came to Turkey 20 days ago. As it has been reported, the aim of the organization was the Economic Forum of Smyrna which was attended by Gul and Erdogan.

Greece is also involved in the case, while American agents who cooperated with Turkey after the bombing in Ankara, transferred information they had received from Greece, to Turkey about 20 days ago.

The DHKP-C was preparing revenge, and security forces launched an operation as they received information about Ferit Mutlu coming to Turkey- Mutlu received his training in Greece for explosives.

Ferit Mutlu was arrested in Voutza, Smyrna. The suspect was arrested four days before the Economic Forum which was normally held and attended by the Turkish President and Prime Minister Erdogan.