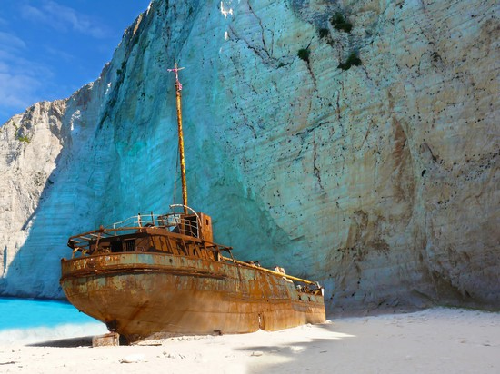 On Sunday 3rd of November, 2013, the last flight from Zakynthos Airport with destination to London will take place, carrying the last tourists who were vacationing on the island until now.
Included on this international flight were the total number of tourists who chose to come to the Ionian island by plane, reaching an impressive 483,000 tourists for the year 2013.
We should also count the thousands of tourists who arrived to Zakynthos on ships from Italy, as well as vehicles from the countries of the Balkans and central Europe. Zakynthos for the first time in the history of the island’s tourism, appears to go well beyond the limit of 500,000 visitors, something that has been a goal of the islands tourism agents for years.
An important tool that contributed very much to the rise in the number of tourist arrivals to the island of  Zakynthos, are the independent low cost flights, that make it easier for the tourists to visit the Greek islands from all parts of Europe.
For this reason, the local authorities of all Ionian Islands seek to sign agreements with low cost airline companies in order for to provide more frequent flights to the islands.
According to sources, representatives of the region of Ionian Islands, will seek to close these agreements on Monday, November 4th in London, during the travel industry exhibition World Travel Market.