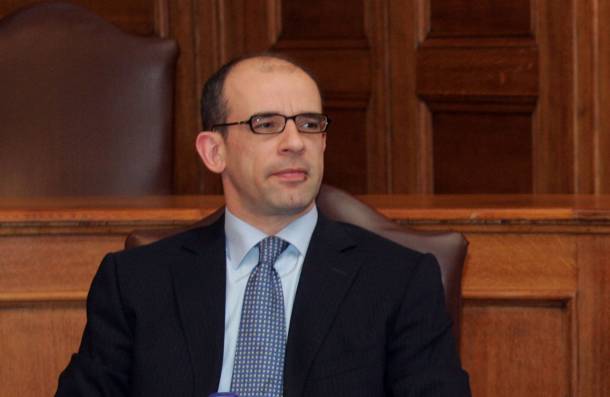 No one outside the Parliament’s Ethics Committee will ever know what he said, but the head of the National Intelligence Service (EYP), Theodoros Dravillas, is scheduled to testify before them on Oct. 31 and answer questions about the agency’s operations following reports suggesting that officials of the main leftist opposition SYRIZA were being wiretapped or if the agency is spying on political parties.
Under Greek law, all the agency’s operations are confidential forever and can never be revealed so the findings won’t be made public and the committee members are forbidden to reveal what he said even after they leave office.
Dravillas was called after SYRIZA leader Alexis Tsipras allegedly told his party MPs that his phone was being tapped although members of the party denied the report in a newspaper. Still, Public Order Minister, Nikos Dendias, demanded that Tsipras either deny what he described as “an outrageous claim against a well-governed state” or file a criminal complaint.
That led to a clash with SYRIZA insisting that Dendias give assurances that that the phones of MPs were not being monitored. “It’s clear that there is no issue of EYP monitoring political parties and wire tapping [its members],” a statement from his ministry said, although it acknowledged that, “There have been waivers of confidentiality and investigations by the counter-terrorism agency into the illegal activities Golden Dawn members, following the murder of Pavlos Fyssas,” the anti-fascist who police said was killed by a party member.
There were reports though that EYP was listening in on a number of Golden Dawn officials for months before the murder, with the killing leading to the arrest of party leaders on charges of operating a criminal gang.
A New Democracy MP and former minister, Aris Spiliotopoulos, has asked Parliament to investigate when EYP’s wiretapping of Golden Dawn MPs began and whether it a prosecutor had authorized it and whether it was a broad action that included monitoring communications that had nothing to do with alleged criminal activity.
Confidential EYP reports were leaked to the press last week that contained, among others, information relating to the sexual preferences of one of the indicted Golden Dawn MPs but government officials said the party was being investigated legally long before the murder.
We “were being faced with an attempt to overthrow the existing system of government and this couldn’t be documented based on a single action. The investigation was underway and Fyssas’ murder was the catalyst that accelerated procedures,” government spokesman Simos Kedikoglou told SKAI TV.
Government officials said there were fears that Golden Dawn, which has 18 Members of Parliament, was hoping to somehow topple the government and was conducting a wave of crime, including assaults on immigrants, which the party denied.
The testimony comes just after former Deputy Prime Minister Theodoros Pangalos said the agency 20 years ago spied on American ambassadors in Athens as well as Ankara, drawing a sharp rebuke from government officials and criticism that he was undermining its ability to operate.